Tabitha A. D'umo (née Cortopassi born September 11, 1973) and Napoleon Buddy D'umo(born October 17, 1968), known together as Nappytabs, are Emmy Award winning marriedchoreographers who are often credited with developing the new style of hip-hop dance known aslyrical hip-hop. They have been working together in the dance industry since 1996 and are best known for their choreography on the TV show So You Think You Can Dance. Since being with the show, their choreography has received both positive and negative criticism. In addition to So You Think You Can Dance, Tabitha and Napoleon own Nappytabs urban dancewear and are supervising choreographers on America's Best Dance Crew. 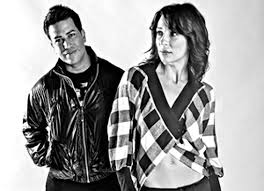 Tabitha and Napoleon grew up on opposite coasts of the United States and met in the early 1990s as students at the University of Nevada, Las Vegas. They began their dance career together while still in college choreographing industrial musicals for large corporations with the hip-hop dance company Culture Shock. They were married in 1998 and continued to work in Las Vegas but eventually decided to move to Los Angeles to expand their opportunities. After moving in 1999, they started teaching hip-hop dance at the Edge Performing Arts Center in North Hollywood and found extra work choreographing for professional sports dance teams and back-up dancing for musical artists. In 2003, they joined the faculty of Monsters of Hip Hop dance convention.

Their work was introduced to mainstream audiences in 2008 when they became supervising choreographers on America's Best Dance Crew and resident choreographers on So You Think You Can Dance. It was on the later show that their lyrical hip-hop style gained exposure. The pair's career progressed to providing creative direction for tours and live events, where they worked with Christina Aguilera, Ricky Martin, Celine Dion, Kayne West, and Jennifer Lopez. They continued to develop their dancewear line by breaking out of its previously online-only presence and opening a physical store location in 2010. 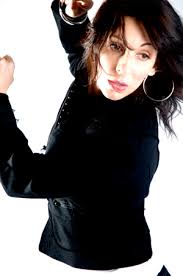 From television and concerts, their move into theater occurred gradually. In 2010, they directed the JabbaWockeeZ's MÜS.I.C. stage show and began to work with several productions of Cirque du Soleil. They choreographed Viva ELVIS and were contributing choreographers for Michael Jackson: The Immortal World Tour. They also choreographed guest performances for Beatles LOVE, Kà, and Mystère. In 2011, they continued to establish themselves in television as choreographers for the flash-mob themed reality show MOBBED. Aside from their choreography, creative direction, and dancewear line, Tabitha and Napoleon continue to teach hip-hop classes at both dance studios and on the convention circuit. They have also been involved with charity work for organizations that support the arts.

MOVE IF YOU WANNA

Tabitha and Napoleon ARE the two sides of every [dance] story.

LOVE THEM!  Had an opportunity to work with them once and just watching them in action was so heartwarming and exuberant!