Champion was born Marjorie Celeste Belcher in Los Angeles, California to Hollywood dance director Ernest Belcher and Gladys Lee Baskette. She began dancing while very young and became a ballet instructor at her father's studio at age twelve. She was hired as a teen by Disney as a dance model for their film, Snow White and the Seven Dwarfs. They copied her movements to enhance the realism of Snow White's movement. She later modelled for the Blue Fairy in Pinocchio and the Dancing Hippo in Fantasia.

Career
She became a Hollywood legend with second husband Gower Champion (1921–1980) as an accomplished dancing team during MGM's Golden Age of the 1940s and 50s. MGM wanted them to remake Fred Astaire and Ginger Rogers films, but only one, Roberta (1935), remade as Lovely to Look At (1952), was completed. The couple refused to remake any of the others, the rights to which were still owned by RKO.

Marge and Gower appeared in many successful films for MGM, such as the 1951 version of Show Boat and their own starring vehicle, Everything I Have Is Yours.

During the summer of 1957, they had their own TV series, a sitcom with song and dance numbers: The Marge and Gower Champion Show. Marge played a dancer, Gower a choreographer, and Buddy Rich a fictional drummer named Cozy.

Champion first married Art Babbitt (1907–1992), a Walt Disney's top animator. She married Gower Champion in 1947. They divorced in 1973 and had two sons, Blake and actor Gregg Champion. Her third marriage was to Boris Sagal, father of actress Katey Sagal, on January 1, 1977 until his death on May 22, 1981. She is the half-sister of actress Lina Basquette.

In the 1970s Champion, actress Marilee Zdenek, and choreographer John West were part of a team at Bel Aire Presbyterian church that created several creative worship services, later offering workshops and related liturgical arts programs throughout the country. She and Zdenek co-authored two books, Catch the New Wind (1972) and God is A Verb (1976) related to this work. In the summer of 1972, John West founded the Valyermo Dancers, "a dance-theatre company" with a mission to preserve and translate biblical stories into contemporary dance.

Since retiring, Marge Champion works as a dance teacher and choreographer in New York City. In 1982, she made a rare television acting appearance on the dramatic series Fame, playing a ballet teacher with a prejudice against African-American dance students. In 2001 she appeared as Emily Whitman in a Broadway revival of Follies.

Champion was inducted into the National Museum of Dance C.V. Whitney Hall of Fame in 2009. 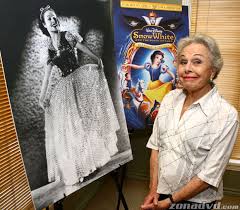 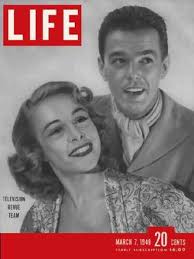 I asked her for her best advice and this is what she said... it was perfect timing for me personally.

I am so grateful to have met you Marge. Thank you for sharing your wisdom!!

That lady simply glows with experience (as her father was one of Hollywood's first choreographers in the silent years) and has never lost her wisdom, beauty and peaceful radiance. If you are ever lucky enough to be in her presence - suck it up!