Kevin shares with MOVE, some life lessons, as he graces the MOVE studio with his "Smooth as Silk" MOVEment...

Stea was born in Hollywood, California, and is half-Caucasian and half-Chinese. His father owned a Chinese restaurant in Downtown Los Angeles. He grew up in various places in the United States (California, Marlette, Michigan; Eugene, Oregon; Milwaukee, Wisconsin and Santa Fe, New Mexico), and then completed his high school education in Singapore on a scholarship at the United World College of South East Asia, where he received the International Baccalaureate Diploma. Following that, he went on to the University of Southern California School of Cinema-Television, which he left to pursue a dance career.

Career
Choreographer, dancer
A gymnast while in his youth, Stea began dancing seriously while he was at college. A year after his first dance job, he was hired by Madonna as a dance captain, dancer and assistant choreographer on her 1990 Blond Ambition Tour. Stea appeared several times in the documentary Truth or Dare, which was made about the tour.

In the mid-1990s, Stea worked in Italy, performing, singing and choreographing on a variety of television shows including Buona Domenica, Non Dimenticate Lo Spazzolino Da Denti and Carramba Che Sorpresa.

Fashion modelling
Also in the 90's, Stea began working as a fashion model for such designers as Tommy Hilfiger and Calvin Klein in Los Angeles; Exte, Fendi, Nicola Trussardi and Romeo Gigli in Milan; and Jean-Paul Gaultier and Jose Levy in Paris. He also choreographed runway shows for Thierry Mugler in Los Angeles and appeared on the runway as a dancer for Gucci presentation in Los Angeles. He has also appeared in fashion spreads in high end magazines such as Harper’s Bazaar (Italy), and on the cover of the Cosmopolitan (magazine) European Edition. His modeling work has continued with a 2009 spread in Fantasticsmag and a runway stint for the Band of Outsiders line in Florence in June 2011.

He also modeled in the works of fashion/artist photographers such as Peter Palladino, Herb Ritts, Robert Deutschman, Reggie Casagrande, Peggy Sirota, Dan Nix, Maurizio Montani, and Andrea Marino. Of particular note is work on several projects with artist/photographer David LaChapelle. He modeled in LaChapelle’s homage to Bruce Lee and Chinese Pop Culture, part of the “Raft” exhibition which opened in Hong Kong in May 2011 at de Sarthe Fine Art.

He also sings and performs under the name That Rogue Romeo.

Acting and commercials In 1995 he starred as Daryl in Paul Verhoeven's Showgirls, a film which was a major flop and often considered one of the worst films ever made. Stea has appeared in numerous movies and TV shows, mainly in dancer roles, including Newsies, Melrose Place, Sister Act 2: Back in the Habit, Showgirls, The Birdcage, Across the Universe (film), Fired Up (TV series), Charlie's Angels, Friends, Austin Powers in Goldmember,13 Going On 30, Rent, Scrubs, Dancing with the Stars, Rumor Has It... and Naked Boys Singing. He has appeared in over 50 commercials, most notably for Gap, Old Navy and Pepsi.

Kevin Stea Improvs in the MOVE studio and is as smooth as silk! 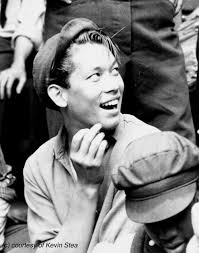 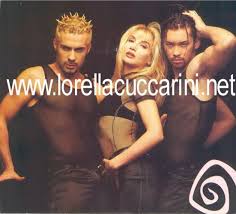 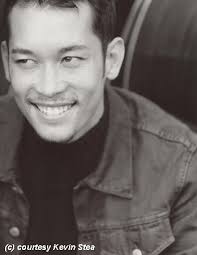 We love you Kevin!!

First becoming aware of Kevin in "Truth or Dare," watching his journey is incredible. Is there anything he cannot do? Each transition he makes is living proof of how an indomitable spirit can morph and reinvent itself. "Showgirls" one of the worst movies ever made? HEY!