Kenneth John "Kenny" Ortega (born April 18, 1950) is an American producer, director, and choreographer. He is known for directing the High School Musical trilogy and Michael Jackson's This Is It concert tour.

Ortega was born in Palo Alto, California, the son of Madeline, a waitress, and Octavio (Tibby) Ortega, a factory worker from Redwood City. His grandparents were from Spain. Initially known for working with dancer and choreographer Gene Kelly on the film Xanadu, Ortega went on to choreographing the dance for the Menudo video "Hold Me", as well as the 1987 film Dirty Dancing, and has won awards for choreography in music videos, such asMadonna's "Material Girl". 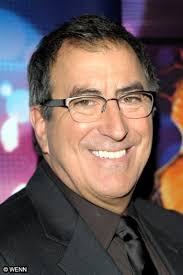 Ortega directed Billy Squier's "Rock Me Tonite" video, which is often cited as the worst music promo clip ever made and has been blamed by Squier for killing his career. Together with

In May 2009, Ortega began work on the scheduled Michael Jackson 50-date This Is It concert tour, which was cancelled subsequent to Jackson's sudden death. He directed the concert film Michael Jackson's This Is It which was put together from rehearsal footage recorded at the Los Angeles Forum and the Staples Center. The film was released on October 28.

Ortega directed the Michael Jackson Public Memorial at the Staples Center in Los Angeles, which was broadcast live on several networks on July 7, 2009. It reached a television audience of 31 million in America, and more than 1 billion worldwide and via the internet. At the end of the service, he introduced a rendition of Jackson's 1985 charity single "We Are the World" created for the This Is It concerts, featuring Jackson's backing singers on lead vocals with his dancers performing around them.

On August 9, 2011, it was announced that Ortega will direct the remake of Dirty Dancing, which he choreographed in 1987. Lionsgate Films has yet to announce the release date.

Mr. Ortega is THE American Director/Choreographer of the turn of the century...  There is no one better at telling a story with dance movement, sound and scene...  His work has taken us all to new places and deeper experiences!!