She started her career as a singer in Japan, but became best known for her dancing, first introducing herself to American audiences as one of the original Fly Girls on the sketch comedy series In Living Color. She has appeared as one of three judges on the ABCtelevision seriesDancing with the Stars (DWTS), a show that pairs celebrities with professional dancers as they train and then compete in front of a studio audience.

After returning to America, Inaba appeared as one of the "Fly Girls", a group of backing dancers on the television series In Living Color from 1990 to 1992. She also performed with Canadian singer Norman Iceberg and dancers Viktor Manoel (David Bowie's "Glass Spider" tour) andLuca Tommassini at Prince's notorious Glam Slam. Inaba appeared as a dancer during Madonna's 1993 Girlie Show World Tour.

Inaba appeared in the film Austin Powers in Goldmember (2002) as Fook Yu, alongside Diane Mizota who played her twin sister Fook Mi. The two women are not related, but when Mizota had been cast for her role, she was asked if she knew any actresses who resembled her and suggested Inaba. Inaba, who had appeared briefly in Austin Powers: The Spy Who Shagged Me, was given the role and the two women were made up to appear as identical twins. Inaba and Mizota would later reprise their roles with Mike Myers in a commercial for Motorola. 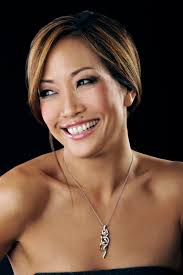 Inaba has acted (usually as a dancer) in the movies Monster Mash: The Movie, Lord of Illusions, Showgirls, Boys and Girls, Flintstones II, Freak and American Virgin and the television series Jack & Jill and Nikki.

Inaba has choreographed several television series, including American Idol, American Juniors, All American Girl, He's a Lady, In Search of the Partridge Family (in which she also appeared on air), Married by America, The Sexiest Bachelor in America Pageant, The Swan, andWho Wants to Marry a Multi-Millionaire?. She also choreographed the Miss America Pageant for five years.

Other TV appearances include Inaba as guest and co-host on The View, the ABC talent competition Dance War: Bruno vs. Carrie Ann, and the FOX special Breaking the Magician's Code: Magic's Biggest Secrets Finally Revealed.