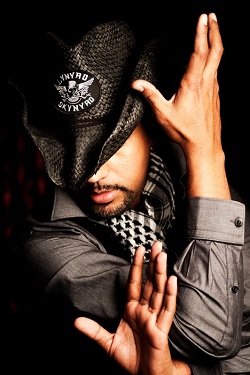 Alex Magno is a highly regarded international director and choreographer for the stage and screen, known around the world for his unique style and vision that has been recognized as "passionate, powerful, theatrical and inspired," by critics and innovators alike. His diverse resume includes works for Madonna, Yanni, Britney Spears, the Parisian Lido, Ballet Hispanico, Ringling Brothers, and the Academy Awards to name a few, as well as having his own highly acclaimed dance company "With Passion."

Having grown up in Brazil, his work is infused with latin rhythm, movement and inspiration. He is one of only a few, that cross between the company and commercial worlds with ease. At the heart of it all, Mr. Magno is a storyteller and an artist who is always pushing the boundaries, looking for new ways to express himself or an idea in unconventional ways. Having learned music production and filmmaking, he has expanded his ability to tell a story and communicate on a multitude of levels. As an artist who thinks in visual metaphors, he has received critical acclaim for his multi-media work, and continues to explore new and innovative ways of pushing the limits. Mr. Magno is making a name for himself as a skilled director with a strong and unique artistic voice.

You’re known worldwide for your Emmy nominated work for Madonna. Tell us about your experiences with her. 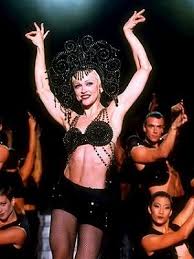 I worked with Madonna on two worlds tours. The first tour was The Girlie Show Tour – a tour that was all about staging, choreography, costume and lighting. It was one of Madonna’s few tours that relied heavily on theater, and the choreography shared an equal spotlight with Madonna herself.

The first thing Madonna told me after I auditioned as a choreographer for her was, “Alex, just so you know, I approach each of my songs from a character point of view. I need you to not take it personally if I don’t like a certain step or if I challenge you to tell me the reason why you’re choreographing this step or that…You are going to be fine as long as you keep those guide lines”.

Lucky for me, that was the way I used to work, in a very theatrical way. All of my movements came out of a character.

There is an interesting story behind me working with her a second time. A few months prior to the Drowned World Tour starting production, there was news that Madonna was going to be touring again, but I had no information on who was to be her next creative team. So I submitted to Madonna’s manager a full tour concept, along with my new choreography reel. It happened, just by coincidence, that some of the concept I sent to her was very similar to the direction that Madonna and her director Jamie were thinking. That synergy was what got me the gig the second time, and eventually the Emmy nomination. This tour was the perfect balance of music, theater and hi-tech production.  It was one of the most challenging tours, because I had to choreograph all different styles of dance, ranging from Martial Arts, to Tango, Flamenco, Contemporary, etc.

Madonna is an artist who is highly intelligent, deeply in tune with herself and always true to what moves her. She makes no excuses for her motivations and beliefs. As an artist, it is inspiring to be able to create alongside someone so bold and fearless. The other great thing about Madonna is that she is always clear – she loves it or she hates it. That may be harsh at times, but in the end you always know that she is truly happy with the final product. She will push until it is perfect. more from article:Dance Informa