Adam Michael Shankman is an American film director, producer, dancer, actor, and choreographer. He has been a judge on the television program So You Think 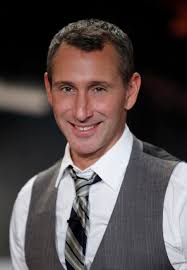 You Can Dance since Season 3.He began his professional career in musical theater, and was a dancer in music videos for Paula Abdul and Janet Jackson. Shankman also choreographed one of the Spice Girls' tours. He has directed several feature-length films, including A Walk to Remember, Bringing Down the House, and the 2007 remake ofHairspray.Shankman was born in Los Angeles, California to an upper middle class family. He has said that he had a "traditional Jewish upbringing" in Brentwood. He attended The Juilliard School, but dropped out to dance in musical theaterShankman was a dancer in Janet Jackson's “Amazing” video, as well as in a MC Skat Kat video with Paula Abdul. Shankman broke into professional choreography in a 1989 music video for rapper MC Shan with directorJulien Temple. When the hired choreographer fell through, Shankman lied and said that he had done choreography for Janet Jackson and Paula Abdul. He was hired on the spot without his story being verified. Shankman began choreographing movies that included actors such as Marlon Brando, Sarah Jessica Parker, Antonio Banderas, and the cast of Boogie Nights. He is Brendan Fraser's exclusive choreographer.

In 1996, Shankman was represented by the newly formed Sauce Entertainment, a production company for music videos and commercial production. In 1998, he was a choreographer for the program Win Ben Stein's Money.

Shankman's first directing gig was for a short film called Cosmo's Tale, which appeared at the Sundance Film Festival.[4] He then helped his sister, Jennifer Gibgot, on a script, which led to a meeting with the studio producing The Wedding Planner. He was hired for the job ten minutes into the meeting. In May 2003, Shankman filed a $5 million lawsuit against Jennifer Lopez, asserting that he came up with the idea for her adaptation of the opera Carmen.

Prior to directing Hairspray, Shankman was known in Hollywood primarily as a script doctor. His trademarks in his films often features a singing/dancing sequence and a character getting sent to do community service. "I've done so many things I'm not super-proud of," he admitted in an interview with the Los Angeles Times. Having finally received a plum directing role in Hairspray, he added, "Now that I'm finally really proud of something, if [critics] say this one isn't good either, it will be kind of...taxing." In August 2008, Box office Mojo reported that Hairspray had become the fourth-largest grossing American movie musical within the previous 30 years.

Adam was one of the two producers of the 82nd Academy Awards. 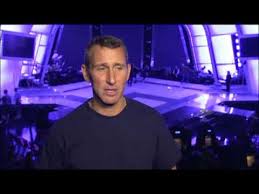 Shankman has also directed and choreographed many episodes of Fox's Glee.

Currently he is the director and producer of the upcoming  Rock of Ages for New Line Cinema. Anne Fletcher is an American director and choreographer.

She moved to Los Angeles at 18 to pursue a career in dance after graduating from high school. She subsequently traveled all over the world, dancing in industrials and appeared on such television shows as "The Tracy Ullman Show," "The Smothers Brothers" and the mini-series "War and Remembrance."

Anne has danced in many films and was assistant choreographer to Adam Shankman. She also served as associate producer on "The Wedding Planner" directed by Adam Shankman.

She choreographed two successful films for Disney, "Ice Princess" and "The Pacifier," and also worked as choreographer on "The 40 Year Old Virgin", "Along Came Polly", "Scooby-Doo 2: Monsters Unleashed", "Hairspray" and "Real Steel". Her work can also be seen "The Longest Yard," "Down with Love," "Boogie Nights," and "Bring It On." Among her television credits are "Six Feet Under," "Judging Amy" and "Buffy the Vampire Slayer".

She was one of the film industry's sought-after choreographers when... Anne also directed  "27 Dresses", "The Proposal" and served as exec...

Comment by Melinda Soderling on May 19, 2012 at 7:24am
Adam & Anne kept us laughing for hours. Thank you for your honesty and candor!!!
Best wishes to you both always!

Note to myself: When I become a movie star, Adam & Anne are the first people I get on my team. Seeing all of the other stars and the way they were coddled and guided and performing at their best with the help of this dynamic duo it is obvious that they are a "[Reluctant?] Dancing Actor's Best Friends." What fun just to be in the same room with them.