Aaron shares with MOVE his formula for lasting success.

Aaron Cash, originally from Brisbane Australia, is a multitalented performer and one of the original Tap Dogs. Early in his career, world renowned choreographer Kenny Ortega (Dirty Dancing and High School Musical 1 & 2) cast Aaron in Cher's Love Hurts tour. This opportunity culminated in an impressive 10 year touring relation-ship as Cher's lead dancer. His amazing talent grew the attention of many high profile artists in the industry. In the early 1990's, Twyla Tharp hand picked Aaron to become her personal Pas De Deux partner and the legendary Mikhail Baryshnikov added Aaron to their world tour. His innovative and creative skills as a performer, choreographer, and artistic consultant are now highly sought the world over. He has consulted in varied mediums, from his work with Wet Design (the company responsible for the Belagio fountain in Las Vegas) on their fountain at Steve Wynn's latest luxury hotel in Macao China to serving as the personal Tango coach for Jolie Richardson on Nip Tuck.
Aaron is the face of Johnny Walker's worldwide advertising campaign "Human - Keep Walking" and recently completed the role of the Matador in the Los Angeles Opera's production of La Traviata starring world-renowned soprano Rene Fleming. He has been featured in films such as Titanic and Hook, and the soon to be released Bolden and The Curious Case of Benjamin Buttons. His T.V. credits include Scrubs and Nip Tuck and the series debut of Terminator: The Sarah Connor Chronicles, just to name a few. He travels the world extensively hosting, coaching and teaching choreographic and dance seminars. 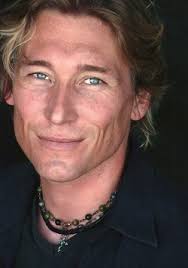 What a brilliant artist! Thanks for letting us have glimpse of him. He represents the infusion of the incredibly versatile dancers from Australia who have enhanced world dance.

Well, I could be a little biased (wink wink), but I must say that Aaron is the true meaning of an entertainer.

Look at how my boy hath grown to a brilliant, humble, silly, talented, caring, work of Art....Proud of ya' Big A

One more amazing artist that MoveTV has shared.  Love him and love MoveTV!!!

Displaying a level of sophistication far surpassing most typical spots on television, advertisements featuring dancers have taken on an almost cinematic quality and flair. One cannot help but witness Johnnie Walker’s “Human” spot and not fall prey to its sweeping beauty and lush landscapes. Despite being makers of a world-class Scotch whiskey, this campaign was not only about the actual product - it was also about creating a groundbreaking visual experience. Utilizing the talents of Mr. Aaron Cash, an Australian dancer and actor playing an android in the not-so-distant future, Johnnie Walker created a poignant vision for its product.